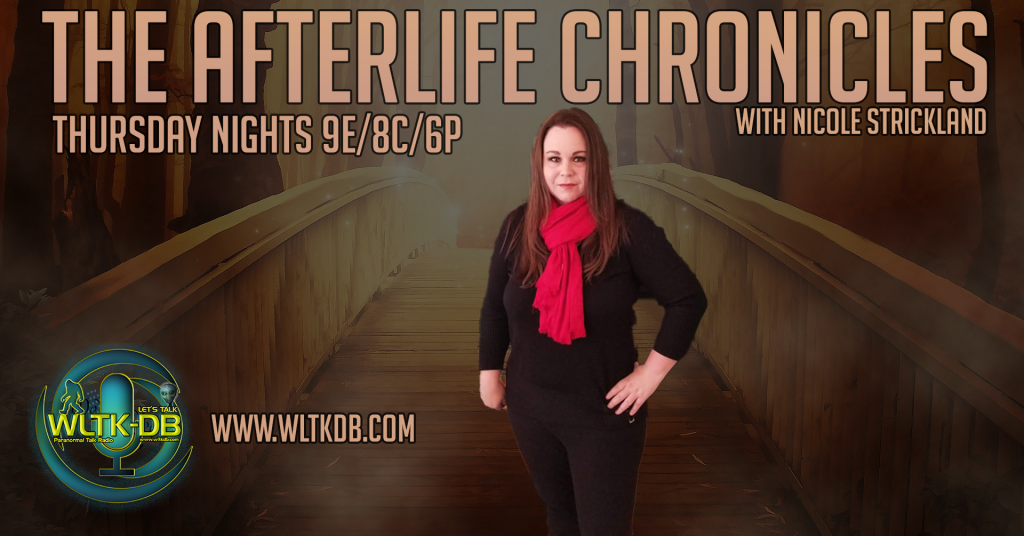 I think every person understands the amazing feeling you get when dreams and goals are achieved.  For some, it may take years to finally achieve personal aspirations; for others, it can happen almost instantaneously.  I personally believe that our individual desires emanate from the nucleus of our soul.  The universe places wishes and wants on our path where they patiently await our arrival.  Beautiful things happen when we eventually meet up with them.

I have been a paranormal investigator and researcher for twenty years.  Having an innate fascination with the unknown since childhood, it wasn’t until a profound experience with the spirit of my maternal grandmother that catapulted me out of the lab – so to speak – and into the trenches of active exploration of anomalous phenomena.  Over time, I have not only met some amazing, like-minded individuals, I have also discovered more about my own unique personal makeup, skills and interests.

Being a paranormal researcher has granted me opportunities I never thought I would accomplish.  When I was younger, I loved to read.  I still do as an adult.  Not in a million years did I ever think I would become a writer and publish books.  To date, I have authored various books, which were all joys to research and write.  As a child, I was always super nervous to step up in front of the class and give a presentation.  Yes, I had that proverbial stage fright complete with sweaty palms and a racing heart.  Yet, as I have grown into myself as an adult, I have learned to cherish public speaking.  It’s something I am quite confident in; I yearn and desire it just as a painter craves his or her next artistic creation.

Over the years, I have been a guest on numerous supernatural-themed television, film, radio and print mediums.  Out of all the media outlets, there is just something uniquely special about radio and podcasts.  The stars aligned just right in 2009 when I met radio guru Todd Bates aboard the RMS Queen Mary for its then annual “Ghost Fest IV,” a yearly paranormal conference set aboard the glorious liner.  Prior to the convention, I knew of Todd Bates and his accomplishments in the field as an EVP (electronic voice phenomenon) specialist.  He was even mentored by the late Sarah Estep, who was a forerunner in EVP research and founder of the American Association of Electronic Voice Phenomena.  Like a little kid meeting her idol, I was electrified when I saw Todd in person and got to shake his hand.  As they say, the rest is history.  Since our very first meeting aboard the ocean’s most iconic ship, Todd and I have become dear friends.

It was an honor when Todd asked me to be a guest on his veteran radio show, “Haunted Voices Radio,” one of the field’s longest running radio programs.  This started a chain of future guest appearances on the show, including annual “Queen Mary specials,” where he and I, along with other special guests, discussed various aspects of the legendary ship, including her rich historical tapestry and internationally known paranormal phenomena.  Although 2020 has brought its own inimitable set of challenges for all, it has granted me an opportunity to further flex my hankering for being on air in the radio field.  Back in May (2020), I became the executive producer of the exact show (Haunted Voices Radio) I revered back in 2009.  The show, as well as others, is broadcast via the WLTK-db or “The Let’s Talk” network.  This producer role has allowed me to join forces with other commendable investigators in the various branches of paranormal research.

Over the years, I have contemplated having my own radio show.  For a long time, the desire for it was more or less the occasional fleeting thought of, “Maybe I should have my own show some day.”  Like bees attracted to honey, that notion never left.  I am a firm believer that the astral stars need to align just right for destiny to meet its fate.  It just so happened that Todd had some open radio show slots on the WLTK-db network.  So, I went for it and created my own program, which is an extension of my upcoming book, The Afterlife Chronicles: Exploring the Connection Between Life, Death and Beyond.  Aptly called “The Afterlife Chronicles and Beyond,” my show focuses on the undying connection between mortality and the spirit realm.  Various topics will be explored, including afterlife encounters, spirit guides, spirit communication, paranormal research methodology, metaphysics, psi experiences, near-death experiences (NDEs), grief and loss, and much more.

The show debuted on October 8, 2020 at 9pm EST with my mom, Norma Strickland, as my first guest.  She shared some of her unique encounters with the spirit domain as well as some of her experiences with the dying process as a registered nurse of 30 years.  Since then, I have interviewed Linda Myers, a paranormal researcher, reiki master and intuitive hailing from the Pacific Northwest as well as Tami Benjamin and Jason Cobb, accomplished paranormal investigators I teamed up with aboard the USS Hornet in Alameda, California.  I have a strong line-up of individuals for future shows.

Todd once said, “I am warning you; radio is addicting.”  He’s absolutely right about that.  There is just something so filling about talking with folks on air.  It’s so engaging and a lot of fun.  I am indebted to Todd and his WLTK-db network for granting me this opportunity to flex my wings as a radio host.  I am enjoying every single bit of it!

Here at the Afterlife Chronicles, we’re bridging the gap between mortality and the afterlife one experience at a time.